The mission for AP Composition Prize is to build a broader understanding between the traditions of the West and Korea through music and poetry. In the past, composers Isang Yun and Toru Takemitsu produced some of the most important works of Asian modernism, combining experiences of their own and Western cultures. The Foundation encourages composers of all nationality to continue in this spirit, bridging differences and finding deeper connections.

Students of any age and any nationality

My mind would dash and run
But my eyes, wind-washed, still meditate.

At times I invite swans, and unloose them;
Embracing the shores I weep at night.

As I ponder the shadow of a dim star,
Purple mist settles like a thinking cap.

Stretching to the blue sky,
Burned by time but standing tall-
Don’t put on blossoms in the spring.

Brandishing old spiders’ webs,
Fluttering on the path of an endless dream,
Your mind has no regret.
If you find dark shadows gloomy,
Tumble down into the lake’s bottom
Where no wind can shake you!

* Please feel free to choose one or both

Yi Yuksa (1904-1944) was a Korean poet and an independence activist. He is considered nationally to be one of the most important poets. His works symbolize the spirit of the Korean people during the Japanese occupation of the country.

Peter H. Lee is professor of Korean and comparative literature at the University of California, Los Angeles. His publications include Anthology of Korean Literature: From Early Times to the Nineteenth Century, Celebration of Continuity: Themes in Classic East Asian Poetry, and A Korean Storyteller’s Miscellany. These translations of Yi Yuksa’s poems are taken from Lee’s An Anthology: Modern Korean Literature. 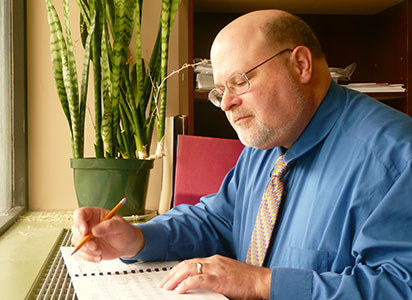 Daniel Weymouth's work has been described as "power-color" music, combining the kinesis, density, compact forms, and pace of popular music — of which he is still an active performer — with the harmonic spikiness and attraction to texture and tone-color of the European avant-garde.

He composes for a wide variety of ensembles, using both standard and electronic instruments, including computer-interactive ones, and works involving theatrics and lighting. Commissions have come from the Lüneburg New Music Ensemble, the Ensemble des Deux Mondes, the San Francisco Contemporary Music Players, the Stony Brook Contemporary Chamber Players, the Guild Trio and Duo Diorama, as well as numerous performers, theaters and dance companies.

His compositions have been performed throughout Europe, Asia, Canada and the United States and appear on the SEAMUS and New World Record labels as well as with MIT Press. As a conductor, Dan has led numerous ensembles, including Neue Musik Lüneburg, the San Francisco Contemporary Music Players, the Berkeley Contemporary Chamber Players and Stony Brook's Contemporary Chamber Players. He also performs on organ, piano, melodica and accordion in a variety of setting, including as keyboardist for the Claudia Jacobs Band.

For education, encouragement and enlightenment Dan likes to acknowledge Jere Hutcheson, H. Owen Reed and Charles Ruggiero at Michigan State University and Richard Felciano, Andrew Imbrie and Olly Wilson at the University of California, Berkeley. He also spent two years in Paris working at two computer-music facilities, IRCAM and Iannis Xenakis's CEMAMu. Since 1989, he has been on the Composition faculty at the State University of New York at Stony Brook, where he has served as Chair of Music, Director of the Graduate Program in Music, and as one of the founding Directors of cDACT (Consortium for Digital Arts, Culture and Technology). 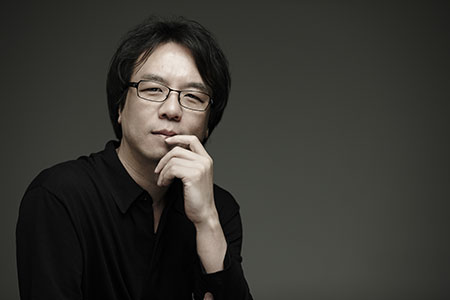 Park Chang Soo, born in 1964, Seoul, South Korea, is a composer and pianist who has been internationally active since the 20th Century. Owning a distinctive place in the field of music performance, Park officially debuted in music performance in the Batangol Small Theater in 1986. Since then, with his works that embody different forms and styles, Park has relentlessly pursued freshness into his works. He is renowned for his work

He demonstrated originality in interpreting silent films with 'Unheimlich Special' which was co-hosted by the Seoul Art Cinema and the Goethe Institute of Korea. He also performed on films of Carl Theodor Dreyer, Friedrich Wilhelm Murnau, Erich von Stroheim, Ernst Lubitsch, and Jean Epstein in Jeonju International Film Festival and the Seoul International Film Festival.

His challenges even brought him to contribute to the National Cultural Foundation. Highly recognized as a competitive art director, he enthusiastically participates in developing the performing arts culture. Holding the first House Concert at his house in 2002, Park has ceaselessly held over 500 concerts of diverse genres such as classical music, popular music, traditional Korean music, experimental music, etc, which directly contributed to making a strong cultural foundation throughout Korea despite its small sizes.

Park created a new paradigm for the performing arts industry by holding the 'Free, Music Festival 2012 – House Concert in Your Town.' Through the cultural projects that hold 100 concerts at 23 concert halls in 21 cities, The House Concert clearly showed the possibility of revitalizing derelict concert halls and rural citizens' craving for the culture. Since 2013, The House Concert has been regularly hosting concerts at various cultural arts centers nationwide based on this festival, and has also proposed a new paradigm in the culture world by hosting 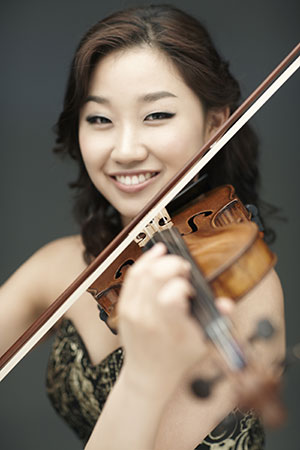 Violinist Yezu Woo made her debut at Carnegie Hall in 2004, where she became the youngest performer to play all 24 of Niccolo Paganini's Caprices for solo violin. Since then, she has been invited to perform at the United Nations and traveled extensively for performances at Lincoln Center and Merkin Hall in New York, Smetana Hall in Prague, and the storied Musikverein in Vienna.

Along with her focus in the classical music field, Yezu also performed with the KBS Korean Traditional Instruments Orchestra where she blended the Korean and Western music, which is an identifier for Yezu both musically and culturally, having lived in both Western and Eastern societies.

Yezu co-founded and served as the Artistic Director of Shattered Glass, a conductor-less string ensemble based in NYC, from 2012 to 2016, and she is currently the Artistic Director of New York in Chuncheon Music Festival in her Korean hometown of Chuncheon, where she is Honorary Ambassador to the city. She is a recipient of the "Best Outstanding International Musician of the Year" (2004) award by the Arts Critics Association, as well as "Artist of the Year" (2005) by the Gangwon Talent Support Foundation of Korea.

Yezu received her B.M. from the Manhattan School of Music with Albert Markov, M.M. degree at The Juilliard School with Catherine Cho, and a performance degree from Bard College with Laurie Smukler. She is currently pursuing her Doctorate degree at the Stony Brook University. 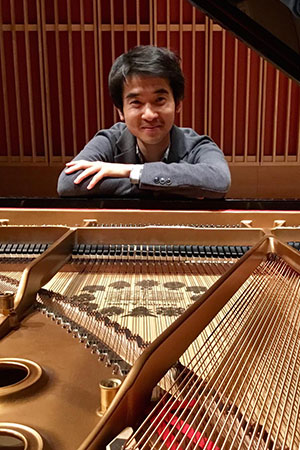 Born in 1990 in Yokohama, Japan, to Korean parentage, Tomoki Park studied at the Purcell School of Music UK, University of the Arts, Berlin, and Bard College Conservatory of Music, where he is completing the Advanced Performance Studies with Peter Serkin.

In 2006 Tomoki won the top prize at the 14th Young Artists' Piano Competition in Tokyo and is a prizewinner at the 10th International Competition for Young Pianists in Ettlingen. He has performed across Europe, Japan and America, including his first concerto performance at age 13 in the UK and recitals in Tokyo's Suntory Hall and Opera City, and London's Wigmore Hall and the Southbank Center.

Some recent engagements include his performances at Geneva's Pierre Boulez Festival (where he performed Structures Book II by Boulez) and at National Sawdust in Brooklyn, a Mozart recital in Salzburg's Solitär at Mozarteum, and Bach and Takemitsu Double Piano Concertos with Peter Serkin and the Sacramento Philharmonic. His teachers have included Pascal Devoyon and Rikako Murata in Berlin and Tessa Nicholson in the UK, and received further instructions from Charles Rosen, András Schiff, and Richard Goode. His composition teachers were Jonathan Cole, Harris Kitos and Dai Fujikura.